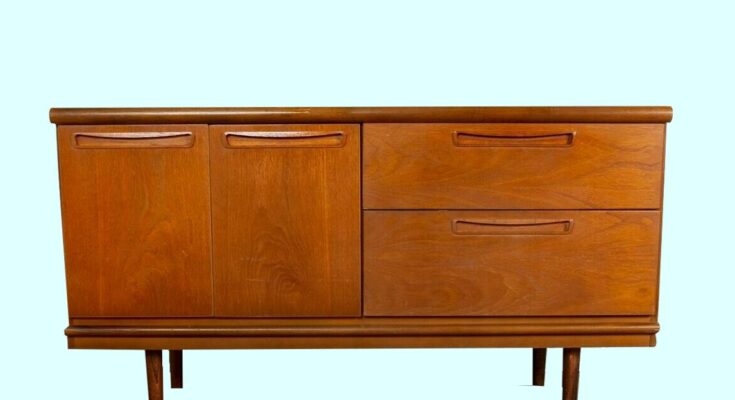 Looking for a stylish and practical sideboard to spruce up your living room? Then check out the cool selection of Meredew sideboards on offer!

Meredew is a respected name in the world of furniture, and their sideboards are well-known for being both stylish and practical. Whether you’re looking for a small sideboard to tuck into a corner, or a large one to use as a focal point in your living room, Meredew will have something to suit your needs.

Meredew sideboards are available in a variety of different styles, so you’re sure to find one that fits in with your existing décor.

In 1879, Daniel Meredew began his furniture business in Islington, London with Frederick Hard, who produced mirrors for mantelpieces and sideboards manufactured by Meredew. Daniel’s son Charles Henry Meredew also joined the company as a woodcarving apprentice. In 1907 Daniel Meredew retired but instead of leaving the business to his son, he instead sold it to Frederick Hard. Interestingly, he kept the original name and kept all the employees including Charles Henry who stayed with the company until the 1950. He was probably one of the last real English cabinetry woodcarvers to survive and in our opinion his talents were totally lost in the modern world of “unit furniture” manufacturing.

Between 1905 and 1914 the company grew significantly and Frederick Hard relocated the company and most of its employers to a purpose-built factory in Letchworth.

Why Letchworth you might think? Mr Hard was very much in tune with the modern Edwardian ideas. Movements such as Arts & Crafts and development of garden cities was part of the spiritual awakening in England. Letchworth was the first garden city to be built in 1905.

Hard was intrigued by these new ideals and lured fifty London families with him, including families of his employees. This was when Letchworth was very young. Approximately, 1914, when the city was not yet finished. In 1933, John Hard, Frederick’s son, took up a job as a facility engineer where he shared his father’s vision regarding prioritising machinery use over manual labour. By 1938 Meredew furniture plant employed more than 170 workers.

A little-known fact about Meredew is that they manufactured wooden radio carcases for Murphy and Bush – it was a little sideline opportunity discovered by the factory manager that Meredew had lured over from Gordon Russell.

When the war was over, Meredew decided to go back to things as they were prior to the war, namely sub-Jacobean Meredew sideboards, 1920s style dining room furniture and carved mantlepieces. It was obvious very soon that this approach didn’t work. So the company hired its first proper designer in 1945. Despite its traditional British image, the designer they hired was Alphons Loebenstein, a 57-year-old German emigrant whose proposals revolutionised the business. Fred Hard gave in to Loebenstein’s ideas to abandon Meredew’s outdated designs in favour of a variety of modern unit furniture. It worked!

The firm’s sales increased by more than 40 times in the fifteen-year period from 1950 to 1965, and staff numbers climbed from 150 to over 1500 people, with factories in Bradford and Pontefract, as well as Letchworth. This is the period when the famous Meredew sideboard was born. In fact, Meredew sideboards at one point became as desirable as bigger names such as G Plan.

Looking at Meredew’s 1953 sales catalogue, you’d be surprised to find an extensive range consisting of 90 different pieces of furniture, including several Meredew sideboards.

Sadly, the fortunes of Meredew went into a decline despite the major success of Meredew sideboards. It was bought out by Bond Worth in 1969 which was a famous textile business who had more recently specialised in carpets and other home textiles. The lack of vision for furniture and the 1970s oil crisis saw Meredew change hands again – it was acquired by Stag – famous for its Minstrel furniture range, however Meredew didn’t quite fit in with Stag’s vision and it finally closed down in 1990.

Today Meredew sideboards and other mid-century furniture pieces by this quintessentially British manufacturer are valued for their utilitarian appeal and their build quality. Fred Hard’s vision for precision machinery did pay off in the end. Because Meredew had fallen off the radar of furniture connoisseurs for a few decades, not that many furniture pieces remain on the market. It’s expected that a Meredew sideboard in good condition will only appreciate as the new generation of interior designers rediscover this good old brand. 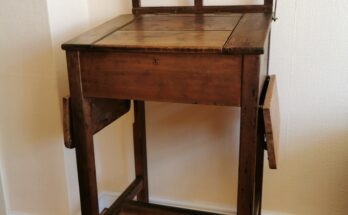