Safekeeping of one’s family and home from any criminal acts is a major concern. Modern homes have taken the high tech route and have started relying on state of the art home security arrangements to keep the burglars at bay. But one doubt still looms: do these systems help curtail the crime rate? The answer is yes.

Modern residential security systems are helping to restrict the crime rates and lower the incidences of burglaries. This is because these systems have been enhanced to support 24/7 monitoring and faultless wireless networking that provides unfaltering security at all times.

Contemporary security systems are equipped with wireless technology, which allows both the user and the security service provider to stay up-to-date throughout the day. Going wireless means breaking free from the hassle of wiring around the house and being able to monitor your home using a simple smartphone app. In case someone tries to break into the house, the security providers are informed within seconds and crime fighting teams will be at your doorstep in no time.

Criminals may use all sorts of tactics to break in; modern homes are equipped with systems that detect the release of faulty (or poisonous) gases like carbon monoxide or even carbon dioxide. Rising levels of smoke will also be detected by smoke sensors and answered by an immediate alarm.

As mentioned earlier, home owners can enjoy 24 hour surveillance via their cell phones. This may include regular updates or video monitoring. Live footage can be streamed to cell phones or laptops; all it requires is an internet connection!

Other measures for keeping criminals away include installation of advanced door and window locks. Since these are the only entering points for a burglar, the conventional locks never fail to do their job. However, the old fashion door and window locks can be amped up with motion detectors that will detect any kind of trespassing and inform the home owner.

State of the art systems for home security have become ‘intelligent’. These systems have an intelligent central control unit that monitors the gadgets installed around the house and prevents the system from giving unpleasant results. With smart central units, false alarms are less likely to go off.

There are statistics to prove the relation between lowered crime rates and contemporary home security. According to a research done at Rutgers University School of Criminal Justice, entire neighborhoods can be safe from burglaries if the homes have alarm systems installed. Even if half of the number of residences in a neighborhood have security alarm systems, the entire neighborhood will be least likely to suffer from a break-in. 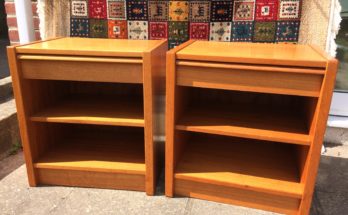